In January 2016, Dojran Steel, part of the Sidenor Group, the Steel Industry of Northern Greece, awarded Russula the contract to supply a new 350 kt/yr merchant bar and section mill. Driven by market demand, the first phase of the expansion project had to be completed in fifteen months.

Dojran Steel is located in Nikolic, FYROM, on the coast of the Dojran lake, almost 80 km from Thessaloniki, Greece. With the addition of the new merchant bar mill operations,  Dojran Steel currently has a capacity of 200 kt/yr, which will increase in the subsequent phases of the project.

The modern merchant bar and section mill has enabled Dojran Steel to extend its market into rolling small and medium-sized merchant bars including: 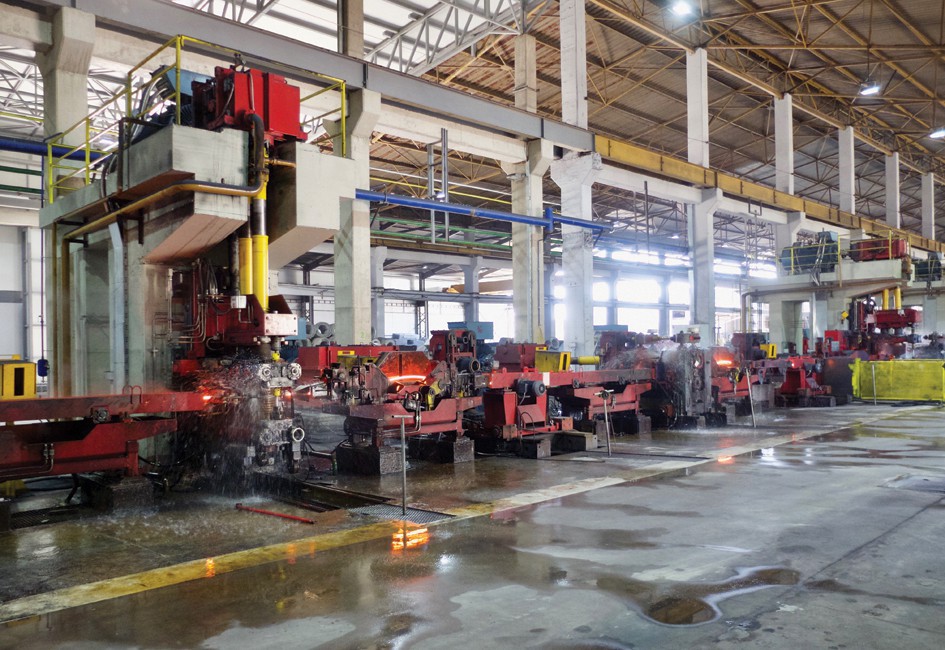 On April 17, 2017 the Dojran and Russula team successfully commissioned the new merchant bar and section mill.

There were three major interrelated constraints during the course of this project; budget, space and time. In order to keep the project costs within the budget, a lot of the existing equipment was reused including the three-high roughing mill, universal stand cartridges, guides, cold shear, tying machines, quenching system and the water treatment plant. The electrical and mechanical revamp was divided into two phases. Phase I, which was commissioned in April, 2017 consisted in modernizing the intermediate and finishing mill, cooling bed and semi-automatic finishing end. Phase II will involves the installation of a new reheat furnace, roughing mill and automatic finishing end. Besides the cost savings advantage , a multiphase revamp approach reduces downtime and minimizes the impact on production.

Space became an important project constraint because the building was already erected, which housed the existing 50 kt/yr cross country mill that produced round bars and small sections. The new mill layout had to be designed accordingly to fit within the current space restrictions. Gearbox, spindles and motors were configured to avoid the building columns and foundations. Vertical stands were modified to fit into the height of the building.

Time was the most critical constraint in the project execution and mill commissioning. From receiving the order to the start-up, the entire project had to be completed in fifteen months. Since the existing cross country mill had to be shutdown in order to refurbish the equipment, install the new electrical and mechanical equipment and commission the new mill, the Sidenor Group redistributed the existing Dojran plant products among its other plants to remain competitive. 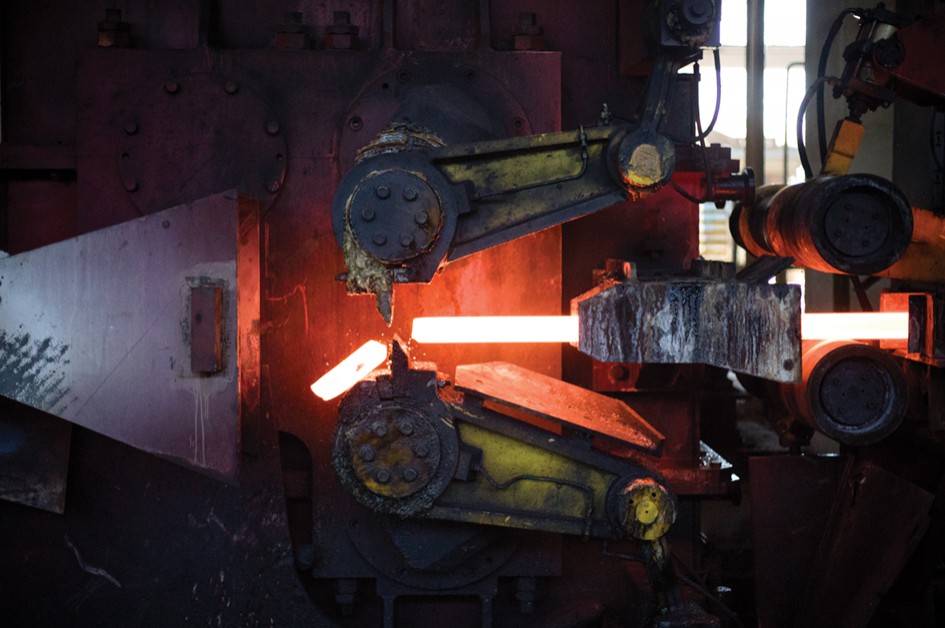 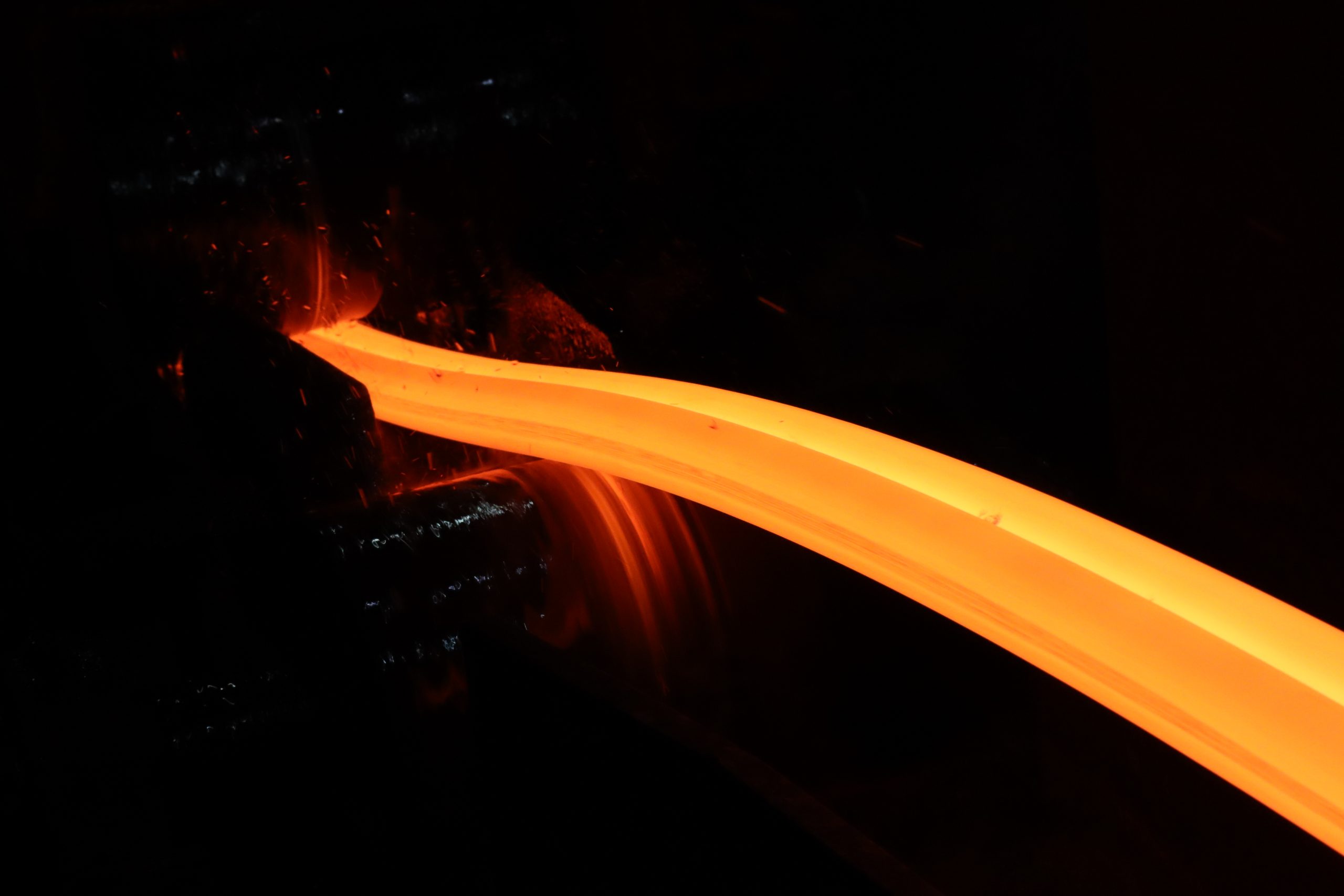 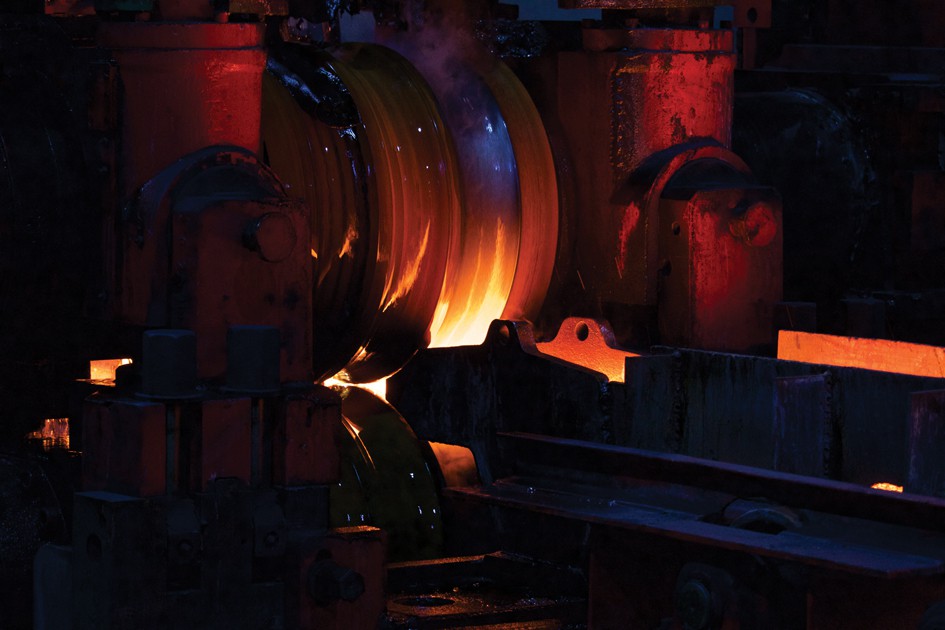 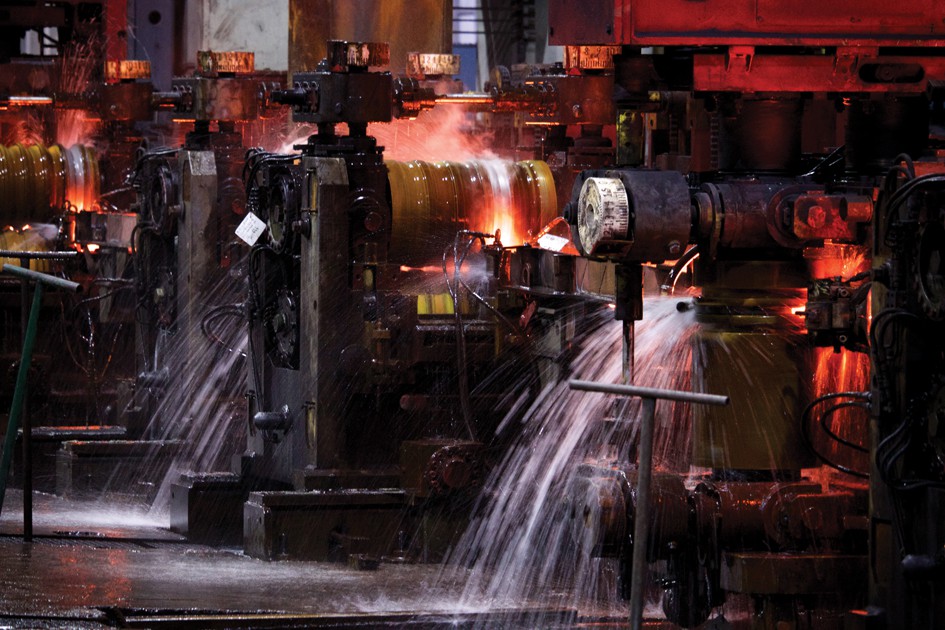 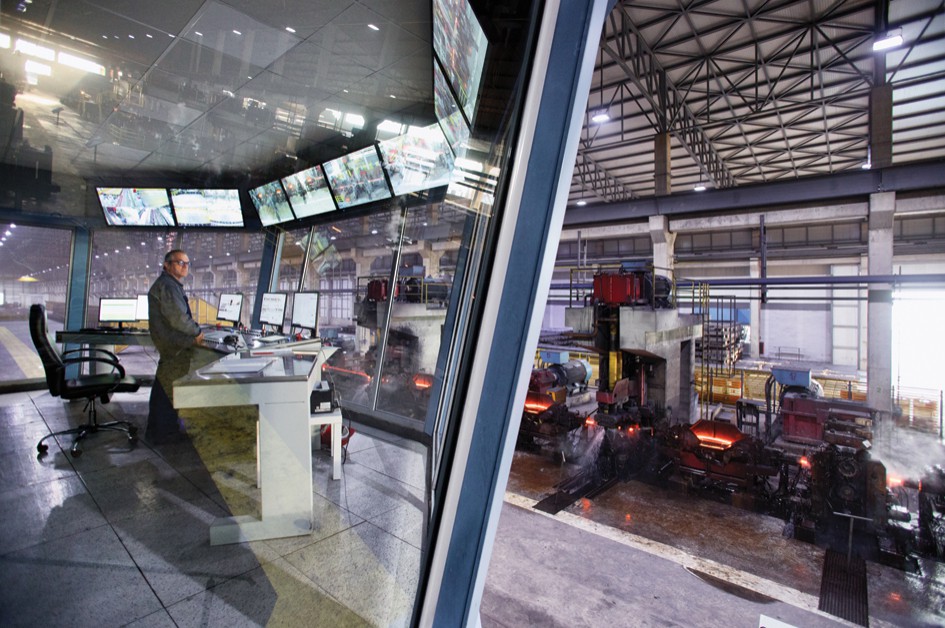 The new mill control at Dojran Steel consits of a cascade system based on the R-factor simplifies the setup and operator control. Tension and loop control along the mill reduces dimensional defects.  Advanced tracking systems and shear cut control optimize the bar length using all available shears in the mill. Laser speed measurement instrumentation ensure high precision and reliable measurement. The automation was implemented to easily incorporate the Phase II expansion project in the future. 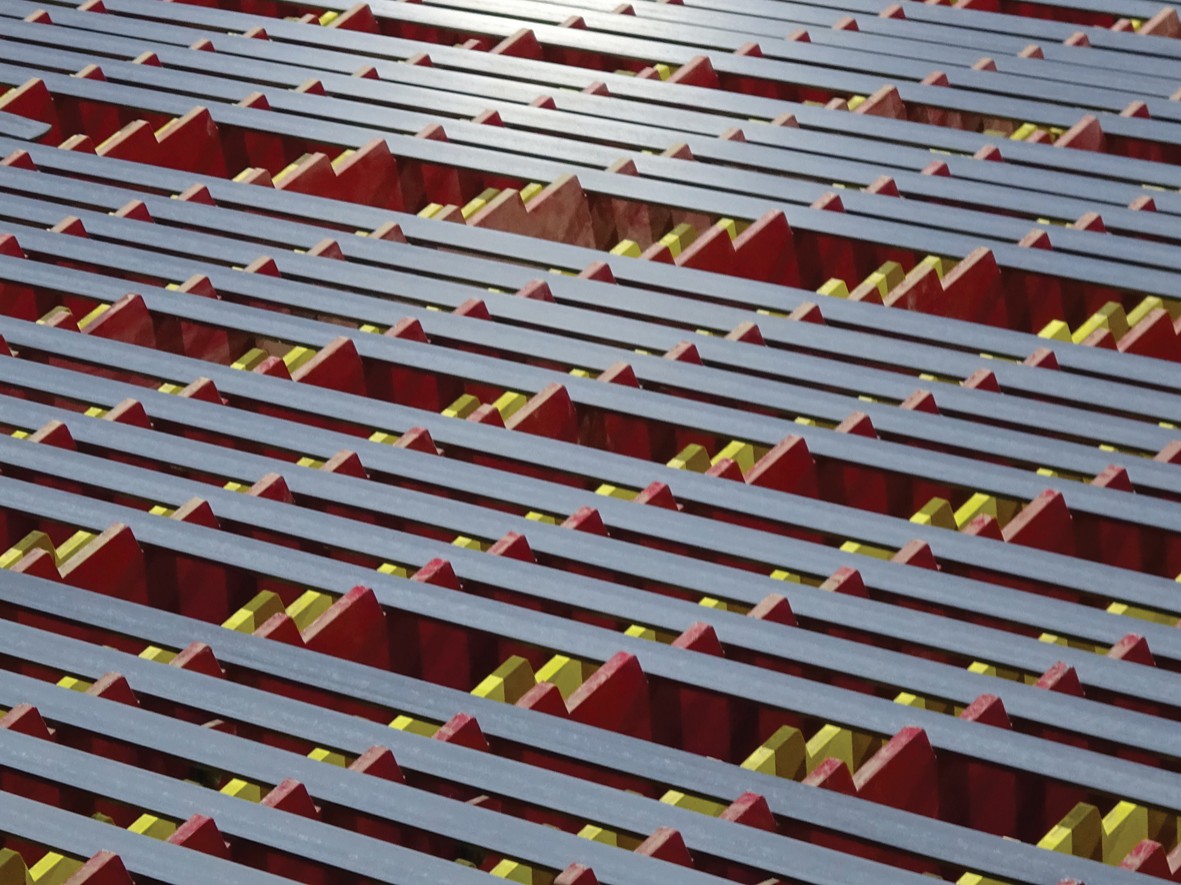 In a joint collaboration between Dojran Steel and Russula, the mill started up as scheduled fifteen months after the contract award date. The outcome of the expansion project was a resounding success. There were no major delays during the project execution and startup of operations.

About Dojran Steel
Since 2006, Dojran Steel has produced cut-to-length rebar, hot-rolled square and round bar, black and galvanized welded wire mesh for fences, prefabricated stirrup cages, copper coated electrodes and lattice girders. The plant includes a 50,000 tpy bar mill, a 20,000 tpy structural steel mesh unit and a 10,000 tpy steel lattice girders unit. Thanks to its location, the plant can easily access raw materials as well as transport its production throughout Greece, Bulgaria, F.Y.R. of Macedonia, Kosovo, Serbia and beyond at low costs. The steel bars are produced for consumption in F.Y.R. of Macedonia and Kosovo as well as smaller quantity exports to Serbia. The bar and section mill complements Sidenor Groups’ plant in Thessaloniki, mainly exporting to Greece and North Africa.
Share