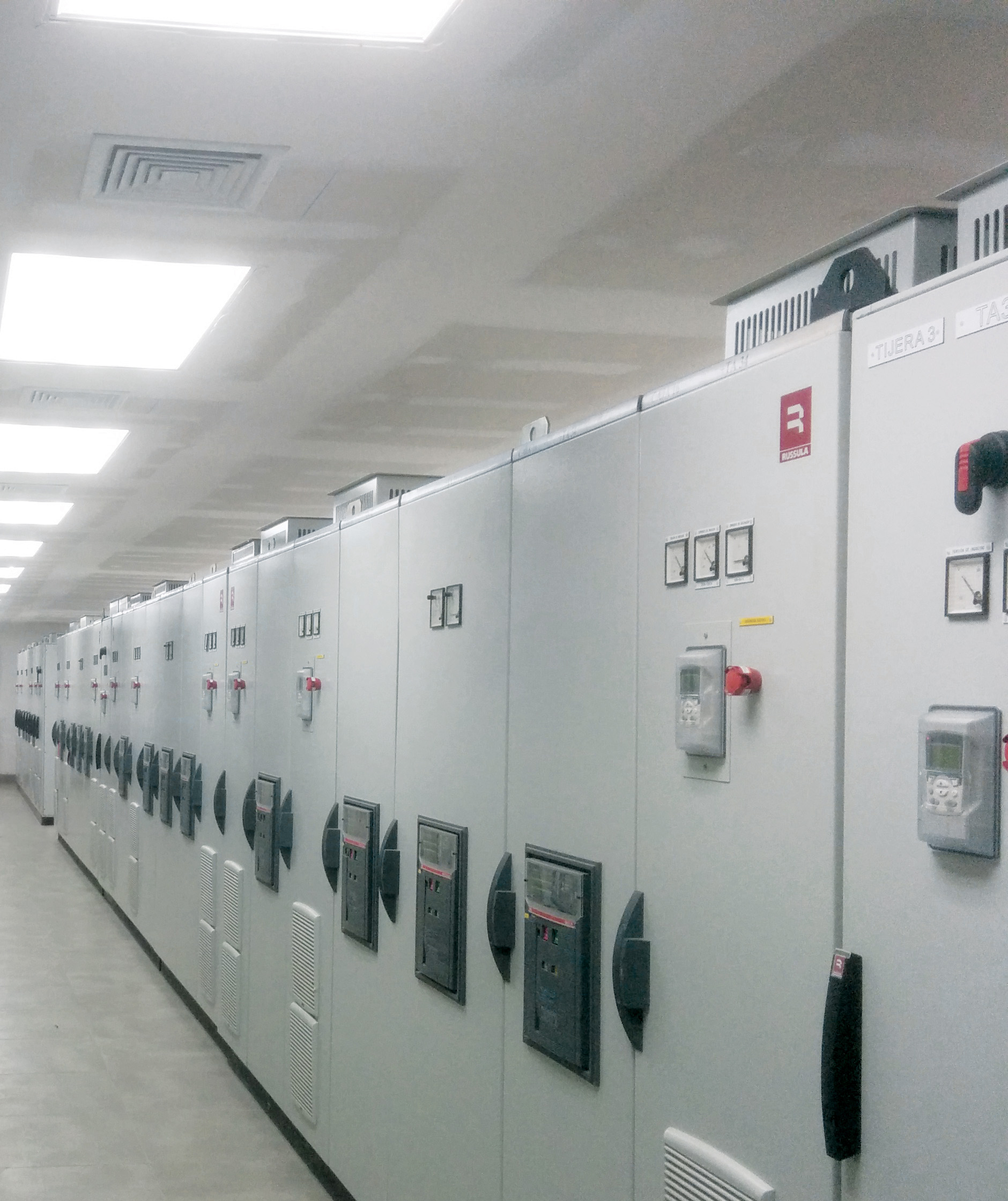 Aceros Alfa contracted Russula to upgrade the section mill in San Pedro Sula, Honduras. The rolling mill produces reinforcing bar, squares, angles and H beams, for local consumption and regional exportation. Russula provided all the electrical equipment, control software and process knowledge necessary to transform Aceros Alfa into one of the largest and most automated plants in Central America.

Fed by a 25 tph furnace with a starting material of 130mm x 130mm x 3500mm length billets weighing 0.5 tons each, the mill has a nominal output of 300,000 tpy. The continuous mill is divided into roughing, intermediate, and finishing mills with a total of 13 stands (11H, 2V), 5 loopers, 4 shears (1 crop shear, 2 flying shears and 1 dividing shear). After the start/stop divide shear comes the cooling bed, layer forming, cold cutting, bundle tying and storage areas.

The automation upgrade covers the control area from the entry side looper to the bundle discharge table and all the equipment in between. An interface to the existing reversing rougher was also developed as part of this project. Russula designed, manufactured and supervised the installation on-site of the new control system, and drives. The full gamut of engineering services from training to on-site performance tests was included in the scope of supply.

In all revamp projects Russula first investigates the possibility of upgrading existing drives and communicating them to the new control system network, instead of replacing them. This approach lowers the overall cost of the project. During the Aceros Alfa project development phase, Russula engineers identified possible drive upgrades for the intermediate shear, divide shear, cooling bed rake, cold cutting and finishing end areas. Unfortunately, the existing DCV700 drives had become obsolete and upgrading was impractical. As a result, Russula replaced them with high performance digital DC drives, capable of ±0.1% static accuracy under load and recovery of impact loads within 0.25%-sec. 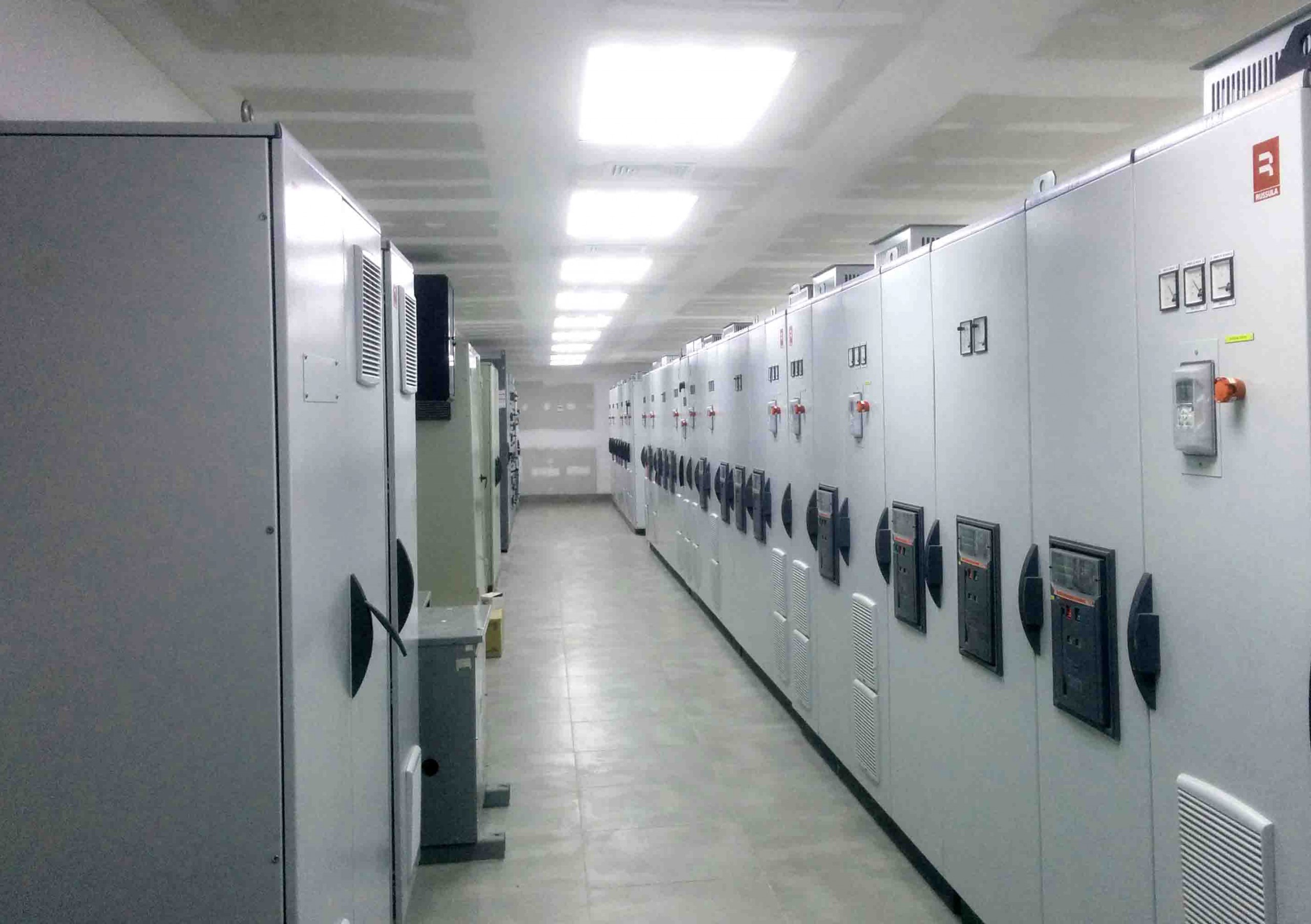 AC Multidrive Regenerative Braking Throws Energy Back to the Line

Because of its capacitor degeneration and obsolescence, Russula replaced the existing ACV700 multidrive. In its place, Russula supplied a complete multidrive package of ABB ACS800 rectifier and inverter modules.

Multidrives feature a single circuit breaker feed and a common rectifier, which feeds DC power through an internal DC bus network to individual inverters. During braking, the inverters are regenerative to the common DC bus. The regenerative (braking) energy is used by other motors under power, rather than being dissipated in resistors. There are many noteworthy efficiency advantages to using multidrives, such as a more simplified installation by savings in cabling and simpler braking arrangements. 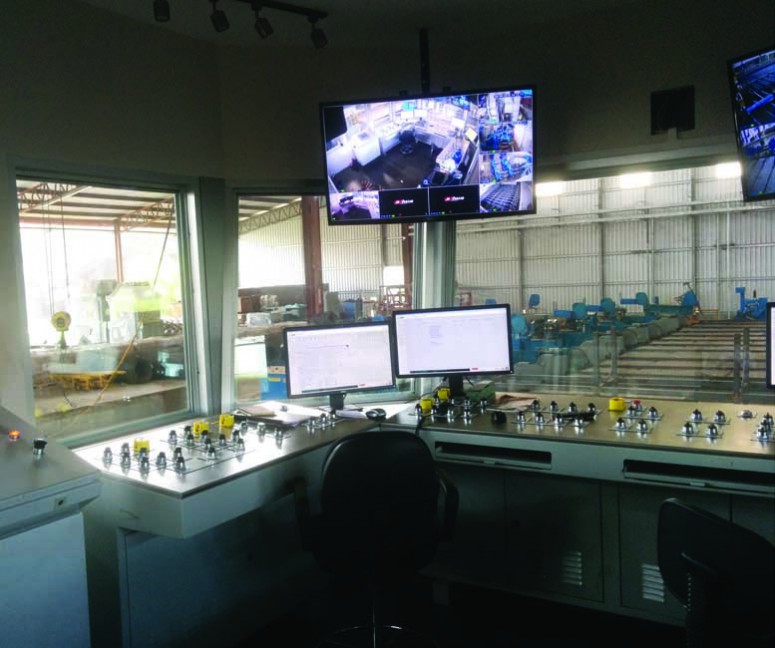 Russula supplied the control desks, engineering station and all control equipment to automate from the entry side looper to the bundle discharge table

" Thanks to the tremendous efforts of the Aceros Alfa and Russula team, the bar mill reached nominal production immediately following the start-up."

Russula completed the assembly of the control desks, AC and DC drives, multidrives, PLCs and software development as scheduled. Integrated testing was carried out successfully in Russula’s electrical workshop in Bergondo, Spain. Pre-testing speeds up the start-up process by fixing any failures in advance. Subsequently the equipment was shipped to Honduras.

Russula team was on-site starting to assist in commissioning the cold cutting and bundle forming areas. A total of eight engineers arrived during different stages of the start-up. On August 2nd the first hot billet was rolled. 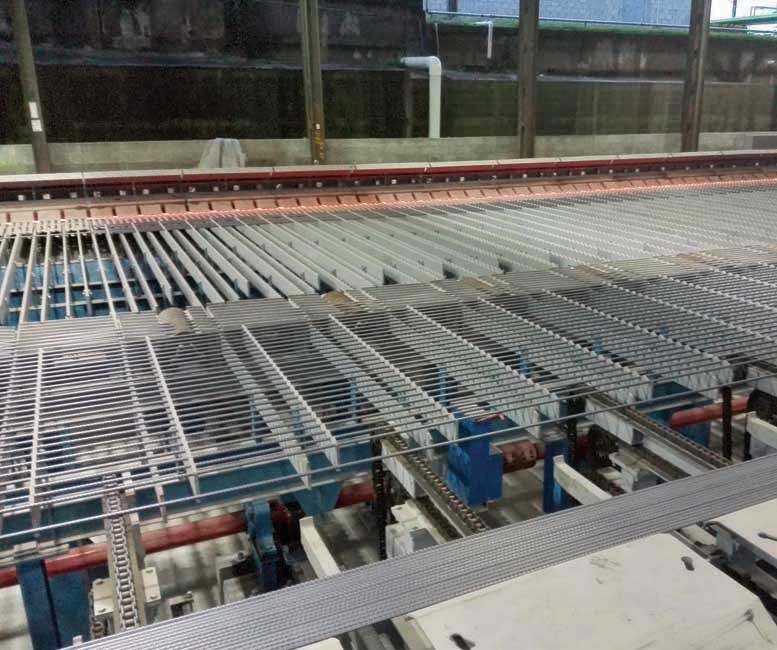 Rebar fresh from the rolling mill delivered straight to the cooling bed. The first hot billet was rolled on August 2nd, 2016

Russula designed the automation system to make it easy and intuitive for the operators to learn, which reduces the training time. Recipe based set-ups maintain a consistent interface and simplified operating procedures minimize performance differences between individual operators. The operating and maintenance training organized by Russula is an opportunity to ensure plant personnel understand how to operate their process and maintain the new control system, a key requirement for future success.

Effective Remote Support functionality is built into the Russula system and operating philosophy. Using Remote Support via internet connections allows Russula and other suppliers of Aceros Alfa, to remotely monitor the system, troubleshoot and fix problems without needing to be at the plant. This increases availability and reduces services costs.

The upgrade has transformed Aceros Alfa into one of the most automated rolling mills in Central America. State-of-the art control system and electrics have reduced failures and costly obsolete spare parts, resulting in improved productivity, material yield and operational flexibility. The new control systems ensures more consistent rolling and a high-quality end product. The extensive training and after startup support provided by Russula was invaluable to familiarize the operating and maintenance personnel with the new system as well as provide a refresher course about the rolling mill process.